Could This be the Next Lighting Breakthrough?

Could This be the Next Lighting Breakthrough? 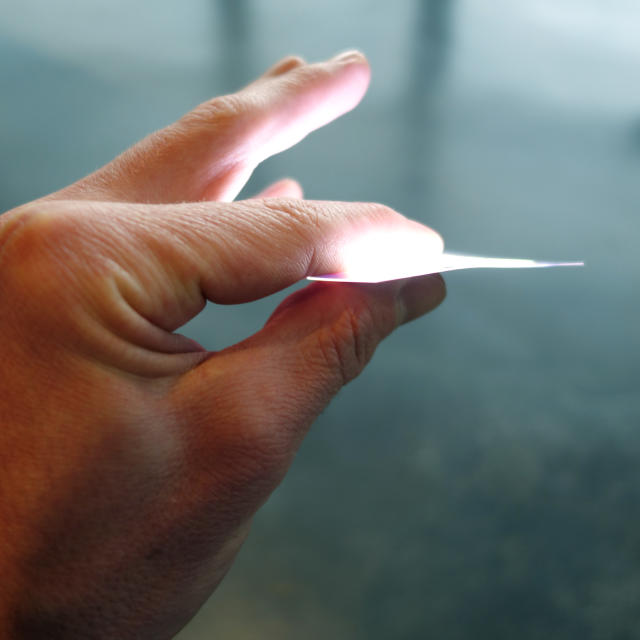 Lightpaper is made by mixing ink and tiny LEDs together and printing them with a 3D printer in a conductive layer which is then sealed between another two layers. When a current runs through the sheet the LEDs light up.

OLEDs were thought by some to be the next big lighting breakthrough with their thinness allowing greater possibilities. However, Lightpaper is much thinner, has a longer lifespan, can be produced quicker (and therefore in greater numbers) and is much cheaper to produce.

CMO of Rohinni, Nick Smoot, said to FastCoLabs: “The design process is something that can be done almost in an afternoon. We’ve had people engage with us before, and before the day is out, we have designs that can go to market which is a pretty weird thought. The magical thing about this solution is it’s brighter, it’s thinner, it’s flexible, it’s addressable, and programmable. You can address the sections of the diodes, which is a whole other space when you start thinking about solutions of light that you can address sections of.”

Lightpaper is due to be released later in 2015.

This looks revolutionary and could open markets as yet untapped for lighting.